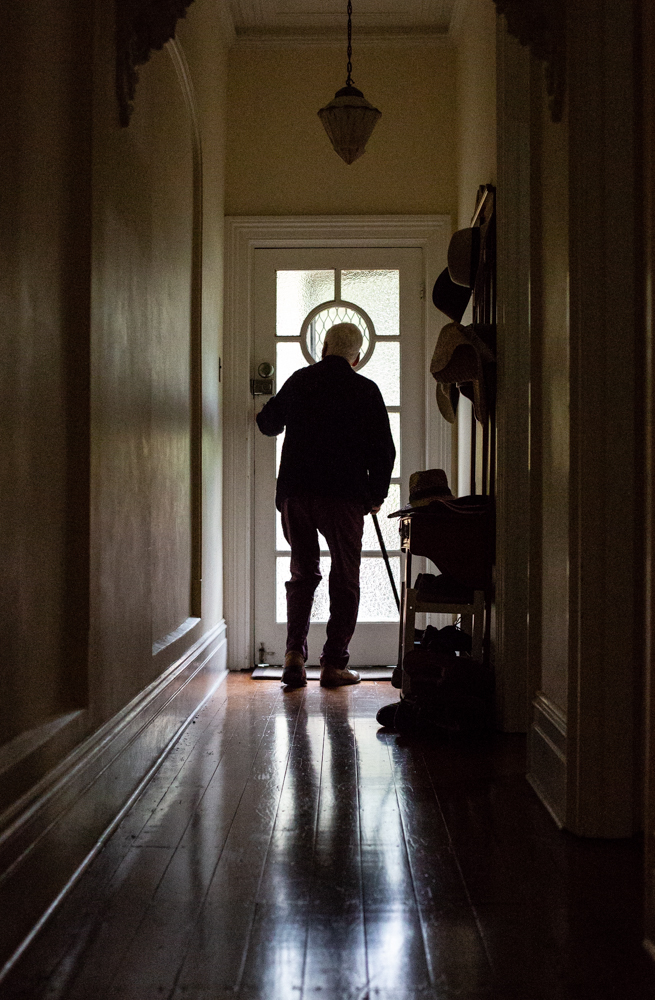 This is my dad, John. Part of my lockdown experience has been caring for him. He has Alzheimer’s, COPD and severe mobility problems. He has been shielding since the end of March.

My dad has managed with his conditions for many years now, but as time passes his mobility worsens his dependancy on others increases. The roles have now reversed. Myself and my brothers have become the parents. As his Alzheimer’s progresses he becomes more confused. He is still him though. He remains content. I’ve always been so grateful for this as I’m aware that Alzheimer’s can develop in very different ways.
There is so much about dementia that is devastating for the family. But there is also humour in some the darkest of situations. He is now like a teenager. He only wants to eat trifle and chocolate biscuits and watch TV all day. We now bargain with him so that he eats his vegetables and does his exercises. If he eats all the ‘proper food’ first, he can have pudding and then watch the antiques roadshow.

I have immense respect for all those carers out their, especially child carers. Before becoming one myself I really had no idea of the enormity of the role.